In December 2019, SARS-CoV-2, a novel Coronavirus, was identified in the city of Wuhan, Hubei Province, a major transport hub of central China. The earliest COVID-19 cases were linked to a large seafood market in Wuhan, initially suggesting a direct food source transmission pathway.

Since that time, we have learned that person-to-person transmission is one of the main mechanisms of COVID-19 spread. In the months since the identification of the initial cases, COVID-19 has spread to 210 countries and territories, and there are over 2 Million confirmed cases worldwide (as of April 14, 2020). The modes of transmission have been identified as host-to-human and human-to-human. There is preliminary evidence that environmentally mediated transmission may be possible, specifically, that COVID-19 patients could be acquiring the virus through contact with surfaces.

The environments that humans have constructed, including buildings, cars, roads, public transportation, and other human-built spaces are where we spend 90% of our time. Because of this, it is essential to understand the potential transmission dynamics of COVID-19 within these built environments and the human behavior and building operational factors that potentially promote and mitigate the spread and transmission of COVID-19. 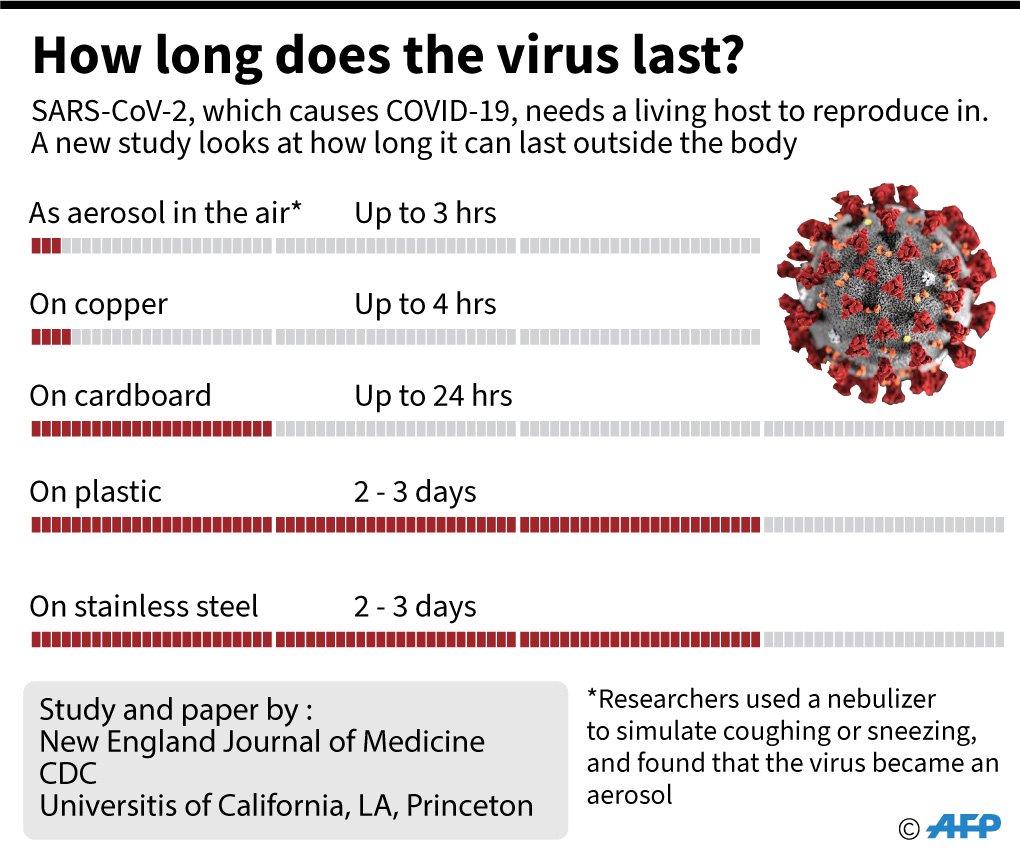 Current estimates of the contagiousness (known as the R0) of SARS-CoV-2, have been estimated at 5.7. R0 is defined as the average number of people who will contract a disease from one contagious person. For reference, measles has a famously high R0 of approximately 12 to 18, and influenza (flu) has an R0 of <2. However, within confined spaces, the R0 of SARS-CoV-2 has been estimated to be significantly higher (estimates ranging from 10 to 14).

As individuals move through buildings, there is direct and indirect contact with the surfaces around them. Viral particles can be directly deposited and re-suspended due to natural airflow patterns, mechanical airflow patterns, or other sources of turbulence in the indoor environment such as foot fall, walking, and thermal plumes from warm human bodies. Evidence suggests that fomites (objects or materials which are likely to carry infection, such as clothes, utensils, and furniture) can potentially be contaminated with SARS-CoV-2 particles from infected individuals through bodily secretions such as saliva and nasal fluid, contact with soiled hands, and the settling of aerosolized viral particles and large droplets spread via talking, sneezing, coughing, and vomiting.

While properly cleaning surfaces is good practice, it is important to remember that the main and much more common spread mechanism of previous Coronaviruses has been identified as droplets from talking, sneezing, coughing, and vomiting. These droplets are spread through buildings via air.

Mitigation of viral transmission through building air delivery systems is typically done through filters. Commercial building air systems typically require a Minimum Efficiency Reporting Value (MERV) of 8, which is rated to capture 70% to 85% of particles ranging from 3.0 to 10.0 μm, a strategy employed to minimize debris and loss of energy impacts to HVAC components. HEPA filters are rated to remove at least 99.97% of particles down to 0.3 μm. Most viruses, including Coronaviruses, range in size from 0.004 to 1.0 μm, limiting the effectiveness of these filtration techniques against pathogens such as SARS-CoV-2.

HVAC operational practices can also reduce the potential for spread of SARS-CoV-2. Ventilation precautions can be taken to ensure the minimization of SARS-CoV-2 spread. Proper filter installation and maintenance can help reduce the risk of airborne transmission, but, as stated above, it is important to understand that filters should not be assumed to eliminate airborne transmission risk. Higher volumes of outside air and higher air change rates in buildings may help to dilute the indoor contaminants, including viral particles, from air that is breathed within the building. Higher outside air volumes may be achieved by further opening outside air damper positions on air handling units, thus exhausting a higher ratio of indoor air and any airborne viral particles present. There are some cautions to consider relative to these building operations parameters. First, increasing outside air may come with increased energy consumption. In the short term, this is a worthwhile mitigation technique to support human health, but building operators are urged to revert to normal OA ratios after the period of risk has passed. Second, not all air handling systems have the capacity to substantially increase outside air ratios, and those that do may require a more frequent filter replacement. Third, increasing airflow rates that simply increase the delivery of recirculated indoor air, without increased outside air, could potentially increase the transmission potential. Administrators and building operators should collaborate to determine whether increased outside air volumes are possible, what limitations or secondary implications must be considered, and determine a plan around managing the outside air and air change rates.

Increasing evidence indicates that humidity can play a role in the survival of membrane-bound viruses, such as SARS-CoV-2. Previous research has found that, at typical indoor temperatures, relative humidity (RH) above 40% is detrimental to the survival of many viruses, including Coronaviruses in general, and higher indoor RH has been shown to reduce infectious influenza virus in simulated coughs. Based upon studies of other viruses, including other coronaviruses, higher RH also decreases airborne dispersal by maintaining larger droplets that contain viral particles, thus causing them to deposit onto room surfaces more quickly. Maintaining a RH between 40% and 60% indoors may help to limit the spread and survival of SARS-CoV-2 within the building, while minimizing the risk of mold growth and maintaining hydrated and intact mucosal barriers of human occupants. Humidification systems can be installed in air handlers to offer large-scale humidification controls or simply as in-room humidification for a single zone. 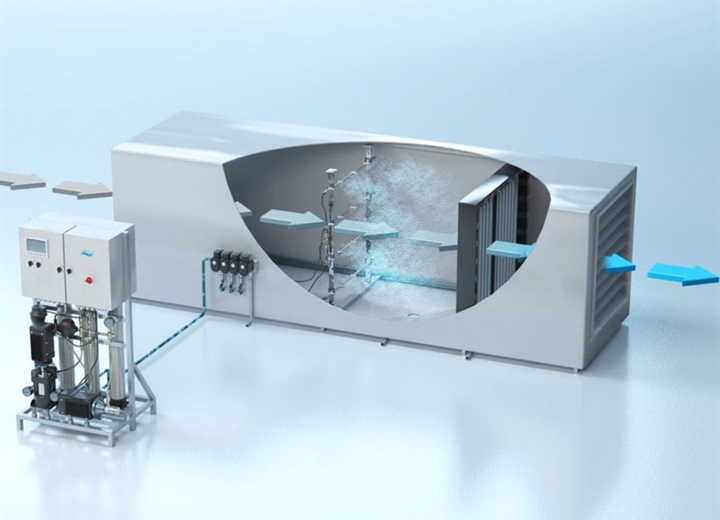 If implemented safely, UVC and UVGI light offers a range of potential disinfectant strategies for buildings and is a common strategy for deep clean practices in health care settings. UV germicidal irradiation (UVGI) has potential safety concerns if the room occupants are exposed to high-energy light. For this reason, UVGI is safely installed in mechanical ventilation paths or in upper-room applications to indirectly treat air through convective air movement. Implementing targeted UVC and UVGI treatment may be prudent in other space types where individuals that tested positive for COVID-19 were known occupants, but routine treatment may have unintended consequences and should be implemented with appropriate precaution.

As COVID-19 continues to spread throughout the world, building operators are looking to make some of the changes mentioned above to their buildings to help reduce infection rates. Once the spread has been contained or a vaccine implemented, building owners and designers must consider ways to alter designs of buildings to minimize the spread of future viruses. The way the buildings are built and operated may be permanently altered because of COVID-19. I believe that the wellness of building occupants will play a larger role going forward.